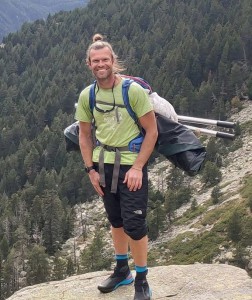 Barend L. van Drooge is tenured scientist at the Institute of Environmental Assessment and Water Research since 2019. He studied Environmental Sciences in the Netherlands (1994-1998) and received his PhD in Environmental Sciences from the Autonomous University of Barcelona (2004). He was a post-doctoral researcher at the Joint Research Center of the European Commission (2006-2009, Ispra, Italy). He was a Ramón y Cajal researcher at the IDAEA-CSIC (2009-2018) and has participated in 20 scientific projects. He has dedicated his research career to study compounds that have toxic effects in the environment and in humans. Most of the compounds that currently affect human health are generated, transported and distributed through the atmosphere. The research career of B.L. van Drooge is dedicated to the study of the pollutants present in the atmosphere, its mode of transport and their impact in remote, rural and urban areas. 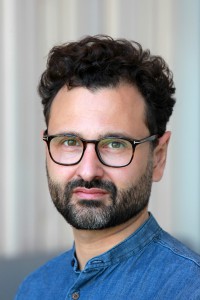 Josep Rubert is an Assistant Professor Tenure Track at Wageningen University. After studying food science and technology, he performed his doctoral Thesis at the University of Valencia (Spain), honored with an Outstanding Doctoral research prize. During his postdoctoral stay at the University of Chemistry and Technology (UCT), Prague, his research mainly involved food metabolomics and lipidomics approaches, holding Assistant Professor’s rank. Since 2016, Dr. Rubert has started to cross the boundaries between different disciplines. In this line, he has gained a holistic view of how diet and gut microbiota can prevent disease risks and how multi-omics data can decipher homeostasis and disease mechanisms. He established a new research line in investigating the role of gut microbial metabolites funded by a Marie Sklodowska-Curie project and Starting Grant funded by the University of Trento. Currently, he explores the role of gut microbial metabolites in preventing gastrointestinal diseases.

Verónica Pino is currently Professor in the Department of Chemistry, Analytical Chemistry Division, of University of La Laguna (ULL) since July 2018. She has been appointed before at ULL as Associate Professor (Contratado Doctor) from 2015 to 2018, Ramón y Cajal Research Associate from 2010 to 2014, and Juan de la Cierva Research Assistant from 2005 to 2008. She holds since January 2021 the accreditation to Full Professor. She has performed several research-stays during her career in prestigious centers, such as Wake-Forest University (NC, USA), Canary Institute of Agrarian Research, Iowa-State University (IA, USA), Universitè Claude-Bernard (Lyon, Francia), and The University of Toledo (OH, USA). Overall, she has published 109 JCR publications, with a h index of 39 (Google Scholar), 22 book chapters and more than a hundred of communications to international congresses, with many invited oral communications and keynotes. She is also co-editor of 5 volumes for Wiley, with the encyclopedia “Analytical Separation Science”, Editor-in-Chief of the Journal of Analytical Methods in Chemistry, and Editorial Board Advisor of Journal of Chromatography A (Elsevier) and Advances in Sample Preparation (Elsevier). Currently, Dr. Pino leads the research group MAT4LL (http://mat4all.webs.ull.es/), integrating researchers of analytical chemistry, inorganic chemistry, and material science. Verónica is the PI of a national Project (MAT2017) and of a regional project (Ganigo), and she is in the current list of awarded PIs with national projects starting in September 2021; while having been PI of other 2 consecutive national projects (MAT2013 and MAT2014). Verónica is also an investigator in two different European projects (IMPLAMAC-Pomac and ForWard), while belonging as investigator to a national net on sample preparation and miniaturization (Red2018-102522-T). 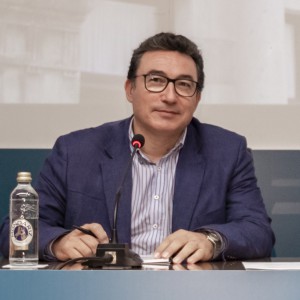 Research is focused on both gas and liquid chromatography-tandem mass spectrometry applied to environment, food-safety and toxicology fields. Currently, investigating the application of the latest advances in mass spectrometry (such as the new sources of chemical ionization at atmospheric pressure in GC, APCI, or ion mobility separators coupled to time-of-flight analyzers) for the development of analytical methodology. Recently, a new research line on metabolomic approaches in different fields (food, doping, nutrition, health, …) has also been initiated. Around 200 ISI-scientific papers (h=59); supervisor of 15 PhD.